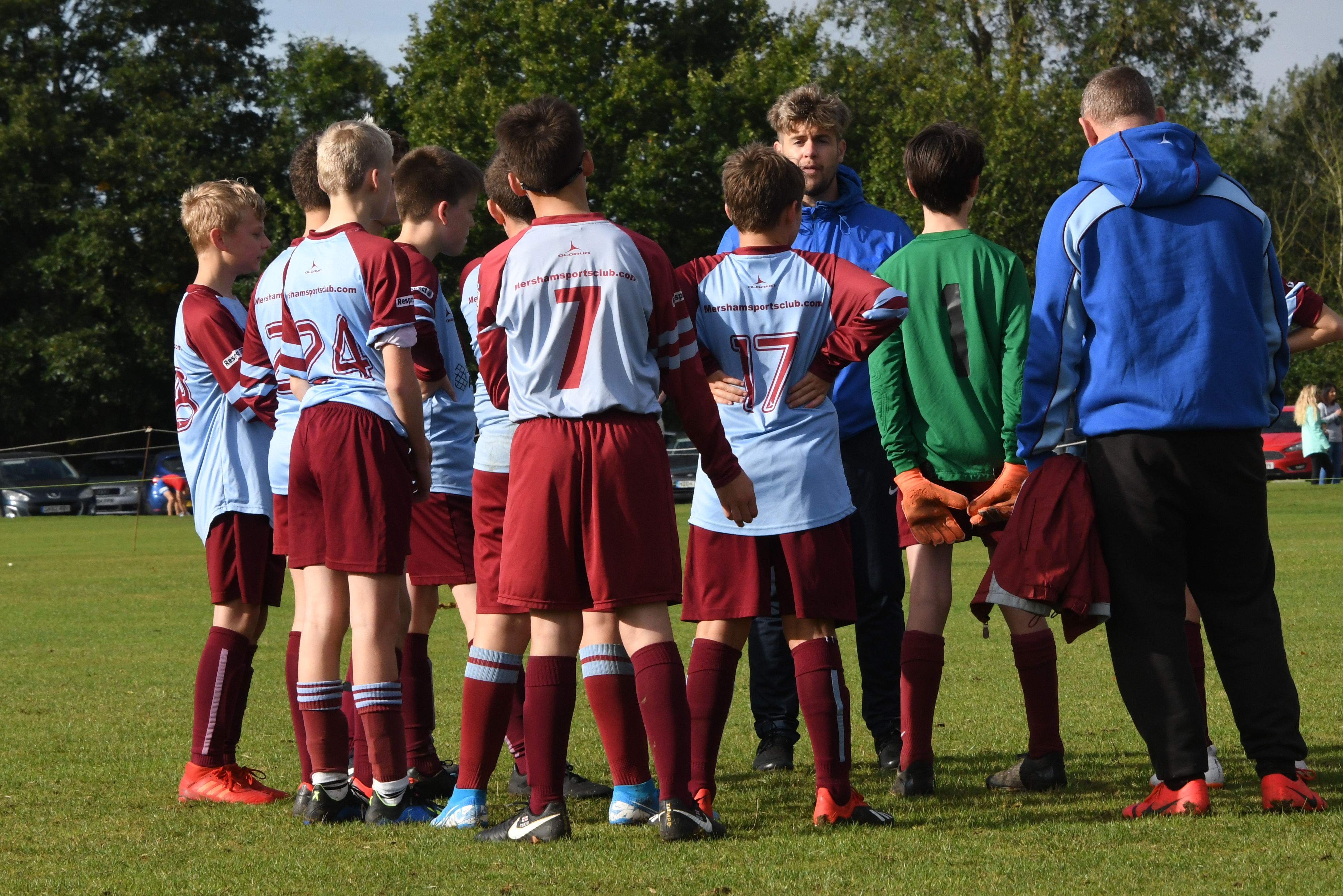 Saturday saw us make the journey down the Brenzett straight to face Lydd Grasshoppers which we knew would be tough. Like ourselves, they’ve had some good results and some bad since the season started. As for ourselves, we weren’t helped with our preparations with several of the squad missing due to it being the half term and being away on holiday, but like everyone else does, we made do.

From the off however, the boys looked half asleep, perhaps still in half term mode and Lydd Grasshoppers appeared to want it a lot more than we did. They were first to the loose balls, winning their 50/50s and winning most of the headers. From when the game started, to when the ref blew to start the game to when she blew for Half time, Lydd were all over us. They had about 12 chances, 6/7 of those being very good efforts. A mix of some good saves by our keeper Frank and some misses from their players limited Lydd to a 1 goal lead at the break which Phil and I were extremely grateful for.

We spoke to the boys at half time around how we needed to use the wind as Lydd had done and read the weather better because we weren’t doing this thus far. We communicated to the boys that there was a window of opportunity for us in this second half but that we needed all of them to now to know kick on and get back into the game by getting the basics right and to be fair, the boys reacted.

Second half we were mostly on top. We had the lions share of possession and eventually got our reward when CB Matt ventured forward during one transition and with the ball falling kindly to him, hit an absolute worldy. No doubt he’ll be claiming goal of the season for that one. We continued to push Lydd and created several more goal scoring opportunities without finding the second goal. A mixture of poor choices in the final third and a lack of conviction in front of goal costing us but the boys are learning and we will get it right as the season progresses.

With literally seconds on the clock, Grasshoppers scores the winner. Their no7 who had been a threat all game, cut onto his right 20 yards out and pulled the trigger and finished well into the bottom corner. Our midfield and defence had done a very good job on him for 99% of the second half but it’s showed the boys that if you switch off for a second in the match, you get punished.

Phil and I were pleased with their response to the half time chat and the squads second half efforts. A massive improvement on how they started the game. Lots of learning points to take away and hopefully they can all take something from this.

Ben Austin and Jake Haffenden our players of the week. 🤙🏼

Big thank you to the parents for your support. It’s always appreciated.

All the best, Ryan and Phil.