Firstly, we want to say a big thank you to Malcolm and Leigh for making us feel most welcome at Mersham Sports Club and making our transition into the Mersham football family such a positive experience.

A brief introduction to the Valiants:-

Originally called the INVICTA VALIANTS FC the team was formed by Mr David Ramzan a parent of a boy who was visually impaired who enjoyed football and desperately wanted to join a football club like any other child.

At the time no junior clubs within the local area offered football for players with special needs, so after attending and qualifying a series of coaching courses run by the Football Association the Invicta Valiants football club was formed in 2004.  Initially the club was created to provide football for children aged between 7-16 with pan disabilities.

The first fun football session took place on 5th September 2004, which was attended by just six junior players of which most of them were pupils of Wyvern School.  16 years on and there are now in the region of 25 registered adult disability players in the squad.  Several of these original 6 junior players to this day remain with the squad as dedicated adult players.

The Invicta Valiants took part in many and varied football competitions and were the first junior disability football club to tour Europe, playing in Spain, then later in France, and then organised a successful sports and football project at the Donata Disability School in Zambia.

In 2013 an opportunity presented itself for the team to join forces with Bromley Green FC, to become the successful Ashford-based football club’s disability division, changing the club name to Bromley Green Valiants.

At Bromley Green the team enjoyed regularly monthly tournaments within the Kent Disability league.  Some of the teams within the league are well known for practicing a good standard of competitive football such as Maidstone FC, Gillingham FC and Charlton Athletic FC.

We won the SE region held at Rainham, and then moved on to play at Wimbledon to clinch the title of the London and Southern champions which then allowed us to progress to the national finals held in Birmingham.  We played some the countries top flight disability teams in the final and managed to reach a respectable 2nd place over all in this national competition which was streamed live on BBC iPlayer. 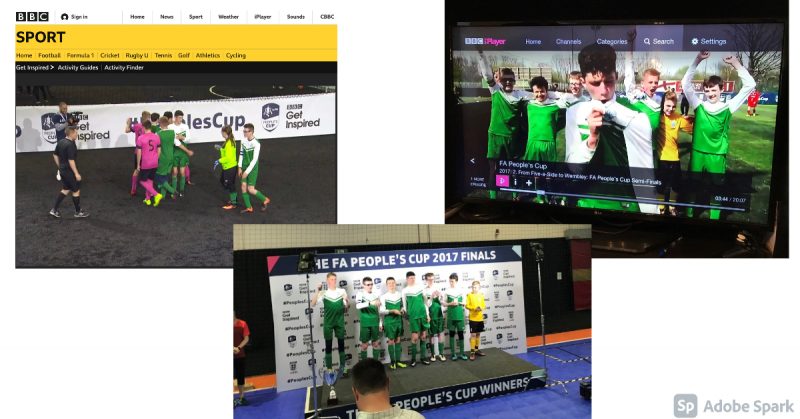 Our ethos and aim to this day is to offer all-inclusive football for Pan disability players and being a part of the Valiants is not just about football we also are keen to build players social skills and have enjoyed many successful activities off the pitch such as go karting where we include family members and carers to these events.

We welcome any new adult pan disability players from age 16 and upwards.

The Mersham Valiants coaching and administration volunteers are: –